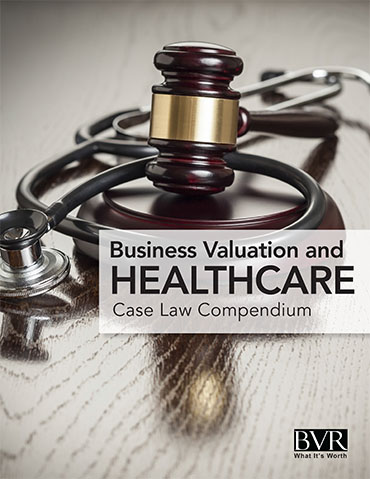 In the heavily regulated and litigated healthcare industry, valuation issues such as physician compensation, intangible assets, personal and professional goodwill, and noncompete agreements, among others, often take center stage in court. Appraisers, attorneys, consultants, and others involved in healthcare industry finance and valuation must be well informed on jurisprudence as well as how the courts view the heavily debated valuation methodologies they are presented.

BVR’s new Business Valuation and Healthcare Case Law Compendium features the most discussed and the most recent court cases involving business valuation disputes in the healthcare industry. Our legal analysts have crafted this one-of-a-kind resource, which breaks down the cases and the decisions to save you hours of research.

Strengthen your understanding of healthcare industry valuation theory, methods and techniques by pairing this compendium with the BVR/AHLA Guide to Healthcare Industry Finance and Valuation.

This publication and many more are also available for download with a subscription to the Digital Library or BVResearch Pro.
$249.00/PDF Add to cart
This is an approximate price based on the current exchange rate of {rate}. All purchases will be settled in USD.
Categories: healthcare
Highlights of the compendium include: 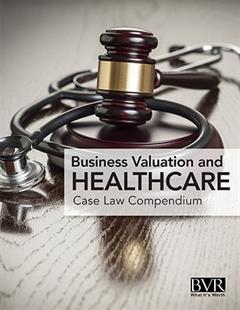