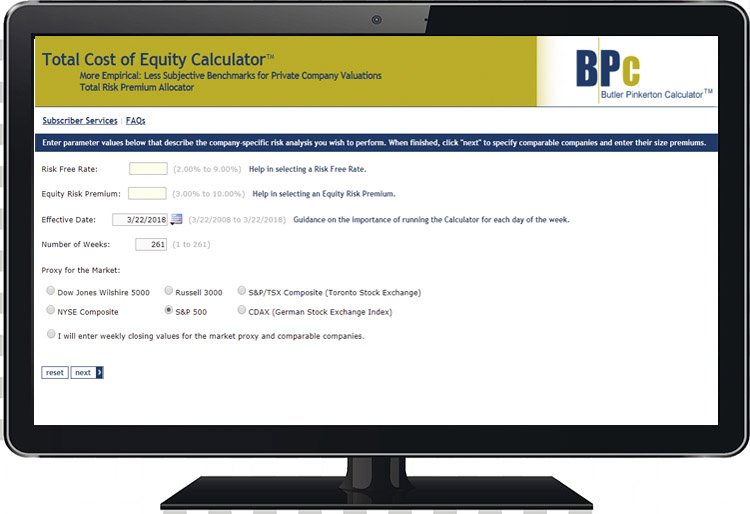 The Butler Pinkerton Calculator (BPC) offers empirical data for total cost of equity (TCOE) and company-specific risk premiums (CSRP) – a first for the business valuation profession. This cutting-edge, web-based tool produces real time beta calculations based on your choice of five different market proxies and allows you to use the empirically-derived results to support and defend your subject company’s cost of capital. Excel with the Butler Pinkerton Calculator while your competition relies on subjective guesses devoid of empirical evidence.

“I use the tremendous Butler Pinkerton Calculator in all of my valuations.”
– Charles Grigsby CPA/ABV/CFF, CVA, ABAR, MAFF, CFE, CPCM

$389.00/year Add to cart
This is an approximate price based on the current exchange rate of {rate}. All purchases will be settled in USD.
Categories: cost of capital industry analysis international valuations 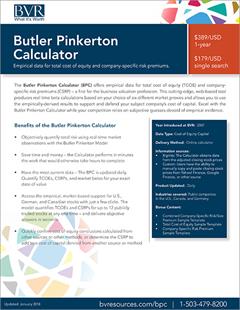 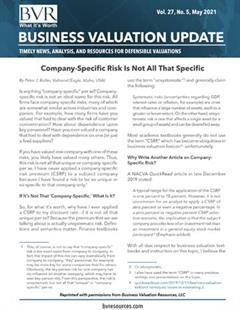