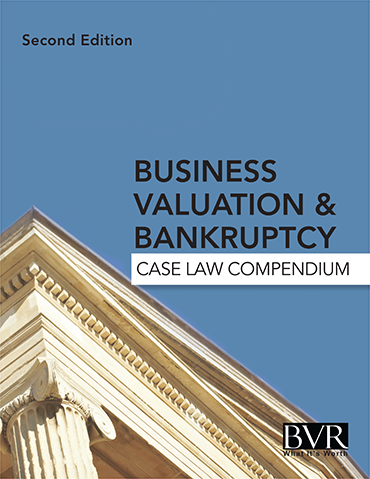 Valuation issues are at the heart of virtually every bankruptcy case and arise at almost every stage as the case proceeds. Whether in connection with adequate protection, plan confirmation, or the assessment of solvency in the context of avoidance actions, bankruptcy matters and valuation issues are always connected.

BVR’s bestselling Business Valuation & Bankruptcy: Case Law Compendium, Second Edition is updated with the most recent court cases featuring business valuation and bankruptcy. This one-of-a-kind legal resource will save you hours of research as it covers cases involving a dispute over the value of a business, as well as several articles that provide insight on the challenges of valuing financially distressed businesses.

This publication and many more are also available for download with a subscription to the Digital Library or BVResearch Pro.
Categories: case law & expert testimony financial expert services valuation methods & approaches 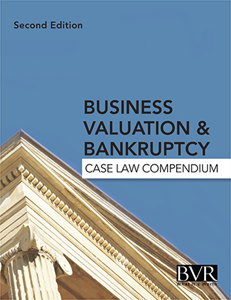