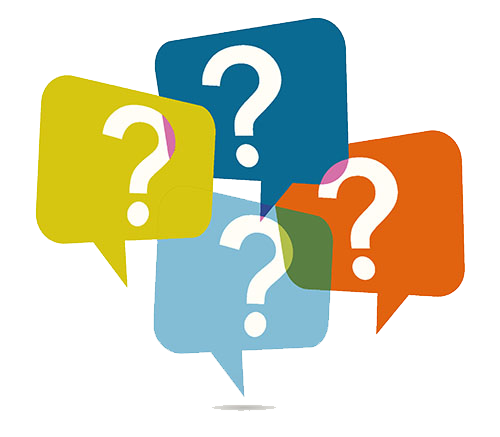 Thank you for visiting the Bizminer FAQ page. If you're unable to find the answer you are looking for, please contact us at 1-503-479-8200 or customerservice@bvresources.com and we are happy to help.

Q: Does Bizminer offer archive-year reports for all industries in the Industry Financial Reports?

A: Bizminer offers up to 13-year reports when available. When they are available, you will see an option to “Add legacy year data…” This option is located below the drop down for the revenue range. It’s also important to note that the legacy data will display in a separate report file on your report storage page.

Q: What data sources does Bizminer use?

A:  Bizminer data is widely accepted for industry analytical work, benchmarking, valuations, forensics and litigation. Bizminer content is accepted in U.S. Tax Court (Bauer v. IRS: T.C. Memo. 2012-156) and is utilized by state, provincial and national taxing agencies in the U.S. and Canada.

Raw data analyzed for Bizminer reports is sourced from an array of the nation's government and private statistical sources. None of these raw data sources creates the final measures reflected in Bizminer industry profiles. In total, Bizminer accesses over a billion sourced data points from 15 million business operations for each of its twice annual updates covering a three to five year time series. Historical data and Bizminer algorithms are used to inform and test projections for non-reporting firms. Data elements are sourced specifically from:

While 100% firm coverage is desirable for analysis purposes, the greatest value of Bizminer reports rests in discerning patterns of activity, which are reflected in the large samples used to develop our reports. The overall current coverage of the databases surpasses 13 million active business operations at any point in time.

Q: How often is Bizminer data updated? When do the updates typically occur?

For example, the August 2018 release includes real-time data through the year. (The monthly IMR and CMA update tables lag by only two to three months at all times.) This is due to the time required to wait for the completion of financial statements and other reporting, then to access, filter, clean, analyze, format and publish raw data from more than 13 million U.S. operations and a variety of other sources. By contrast, most Bizminer competitors had not yet released data beyond year end 2017 by the time Bizminer had published data through year-end 2018.

In general, the more granular the data that are presented (by metric, industry and area), the longer the process takes. This is why the government, for example, can publish timely employment data for economic sectors in states each month, but it is published more slowly for metro areas, while even more granular industry breakouts of government data usually involve a multi-year time lag. Bizminer publishes data that are more timely than other analysts, with significantly more granular industry and local market selection options.

Q: How are the reports delivered and what format are they in?

A: The Industry Financial, BizBenchmarker, Micro-Firm Profit & Loss and Competitive Market Narrative series also include free custom benchmarking features. From your account page, you can click on the "inputs" link to display a blank template that allows you to input individual company information.

Q:  Do the reports include information from public companies as well as private ones?

A:  Yes, data from public and private firms are co-mingled in the reports.

Q: How are the industry financial statements and balance sheets put together in Bizminer? Specifically, how are the changes in the number of companies reporting data each year accounted for? When presenting a five year industry data does each year include all of the same companies? If not, what is the method used for compiling the composite provided data?

A: The industry-wide data generally includes the same companies each year – plus some new entries. It subtracts any failures or merged companies.

The more limited sales class reports have a lot of year-to-year overlap, but it is not 100%. By definition it cannot be since companies can grow out of any specific sales class. For example, if a company’s sales were $3 million one year (putting it in the $2.5m - $5m sales class) what happens if its earnings grow to $12 million four years later? Then it’s in the $10-24m sales class. So, in those sales class reports, there is greater migration between sales groups, and lower continuity of firms within a specific sales group. However, it is certainly reasonable to say that the companies are “similar."

Q: What time period is used for profit and loss statements in the Industry Financial Reports?

A: The profit and loss statement data in the Industry Financial Report series is annualized for calendar years. A trailing twelve month is used for the most recent quarter’s data point.

Q: After reviewing some of the financial ratios in the Industry Financial Reports, I am wondering if the ratios that include balance sheet items are for the year-end, or if they are an average for that year.

A: All of the data is year-end, except where otherwise noted (such as a column heading of 2018q2). The time series for monthly updates to the Industry Market and Competitive Narrative series are noted at the top of those tables.

Q: I’ve reviewed the Bizminer reports and compared them with other providers’ reports and see that compound growth statistics and business counts by revenue class are missing. Can you please comment?

Lastly, the financial reports display the number of firms whose data is applied to the specific report (industry-wide or sales class) selected. It’s on page one near the top.

Q: I have a question about “officers’ compensation” within Bizminer. What is the source of data and the scope that was used (i.e., how many executives are included, how deep into the organizational structure do the executives go, what are the roles of the executives, etc.)? Also, what components of “executive compensation” are included: base salary, bonus, other short or long term incentive payments, etc.?

A: Bizminer uses the working definition provided by the IRS in their line item definition circular:

Compensation of Officers
Salaries, wages, stock bonuses, bonds, and other forms of compensation were included in this deduction item if they were identified as having been paid to officers for personal services rendered. It did not include qualified deferred compensation, such as contributions to a 401(k) plan or a salary reduction agreement, which were included in the statistics for pensions and profit sharing plans. The item included amounts reported as a part of cost of goods sold or capitalized under section 263A.

Here is a link to the glossary of terms Bizminer uses.

Q. Why is there a listing for an industry but no financials even though there are hundreds of establishments in the database?

A. Bizminer reports on 10,000 industry classifications. “Only” about 5000 of these have financial reports, over 5x more than any other analytics firm. But why not all 10,000?

Most are excluded because there may be enough firms, but we cannot get enough financial data to create consistent reports.