One way business appraisers evaluate a company is to look at how much others have paid for similar businesses relative to various earnings measures. Selling price divided by EBITDA (earnings before interest, taxes, depreciation, and amortization) is a commonly used valuation multiple. Business Valuation Resources recently published EBITDA multiples by industry from a study of over 30,000 sold private companies listed in the DealStats database. Let’s dive into the highlights from the analysis. 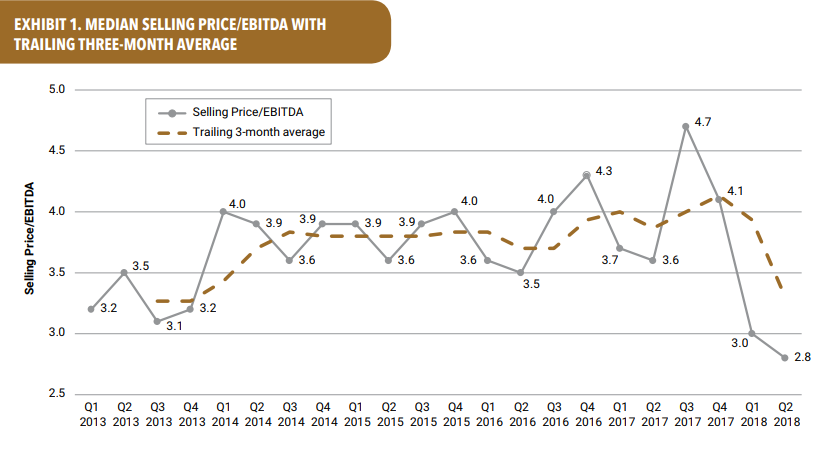 EBITDA margins on the rise

EBITDA as a percentage of revenue peaked most recently in the first half of 2018, while the selling price-to-EBITDA multiple fell to its lowest level (2.8x) in the second quarter of 2018. Prior to 2018, the peaks and valleys of the EBITDA multiple moved opposite to that of the EBITDA margins. DealStats is tracking the trend to see whether it continues.

Which industry sectors have the highest EBITDA multiples?


Need a more precise valuation multiple? Access a custom set of comparable transactions in the DealStats platform. Search over 34,000 private and public deals in 922 industries and drill down to a group of sold companies similar to the business you’re evaluating. View transaction details and statistics on up to 164 data points, including valuation multiples, purchase price allocations, financial statements, and deal structures.