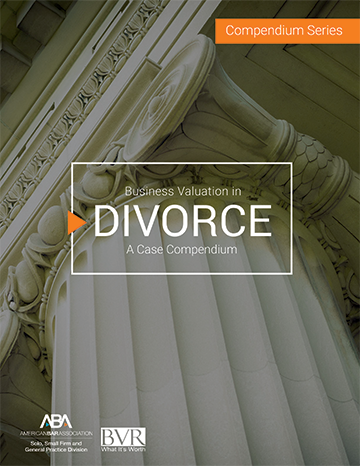 Business Valuation in Divorce: A Case Compendium, co-published by the American Bar Association's Solo, Small Firm and General Practice Division (GPSolo) and Business Valuation Resources (BVR), is the inaugural volume in a series of compendia that will help you learn how to tell the valuation story. With opening chapters on important concepts in valuation followed by a Compendium of significant case law, the present volume is beneficial to both experts and attorneys dealing with business valuation in divorce cases.
Categories: marital dissolution/divorce

Highlights of the compendium include: