In today’s constantly changing and evolving economy, business valuators must have a firm grasp on the current state in order to successfully complete a business valuation engagement. Many finance and valuation professionals rely on economic components and indicators as a key point of reference in their work. These components can have a significant impact when valuing businesses, evaluating mergers and acquisitions, and performing a variety of other financial analyses. 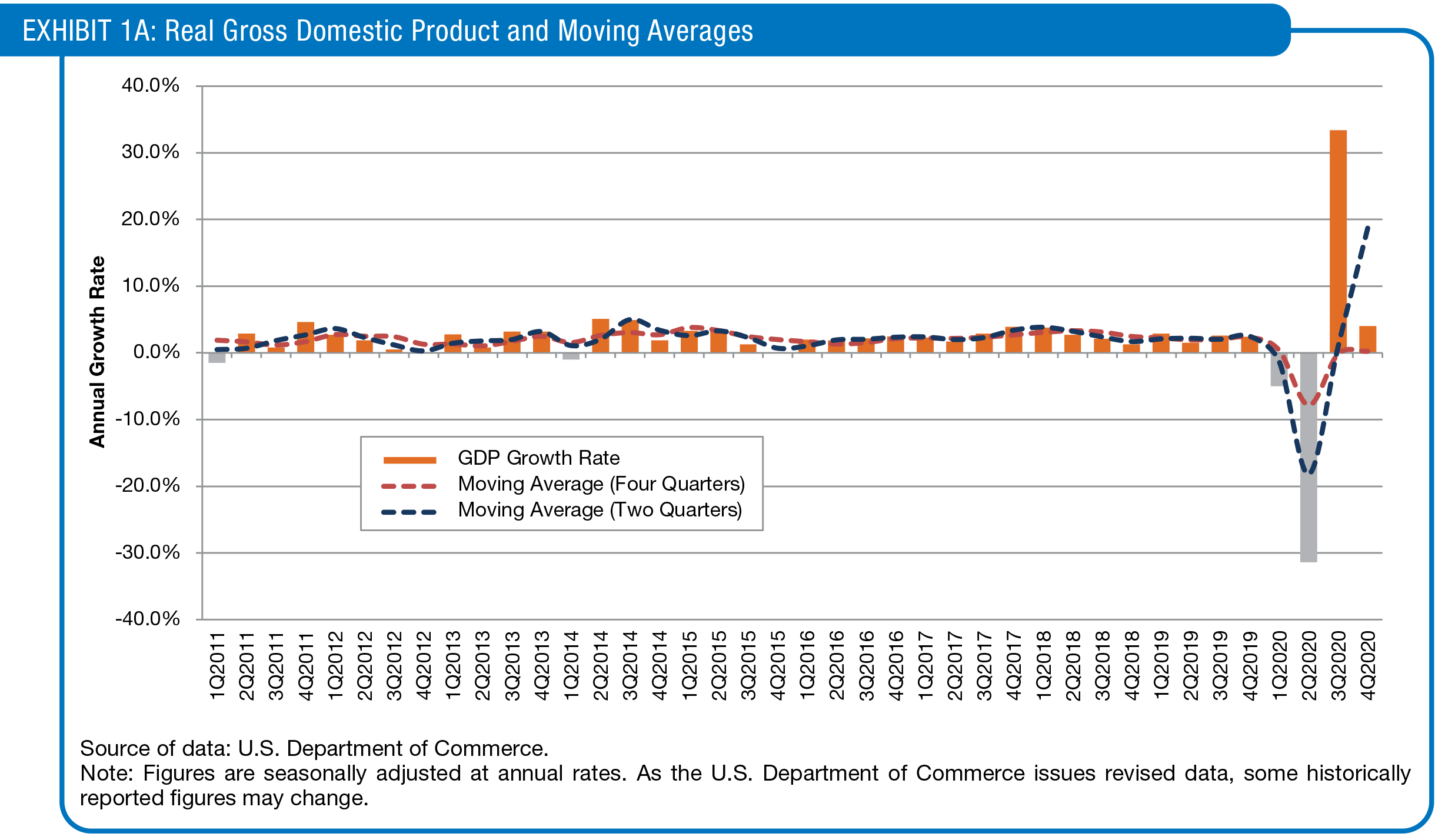 The Bureau of Economic Analysis (BEA) reported that the nation’s economy—as indicated by GDP—grew by 4.0% in the fourth quarter, a rate that is more consistent with historical figures than the 33.4% rate of growth from the third-quarter 2020 figure or the decline of 31.4% from the second quarter, when the economy had just reopened after the forced shutdown due to the start of the coronavirus pandemic. For all of 2020, GDP contracted by 3.5% after expanding by 2.2% in 2020. 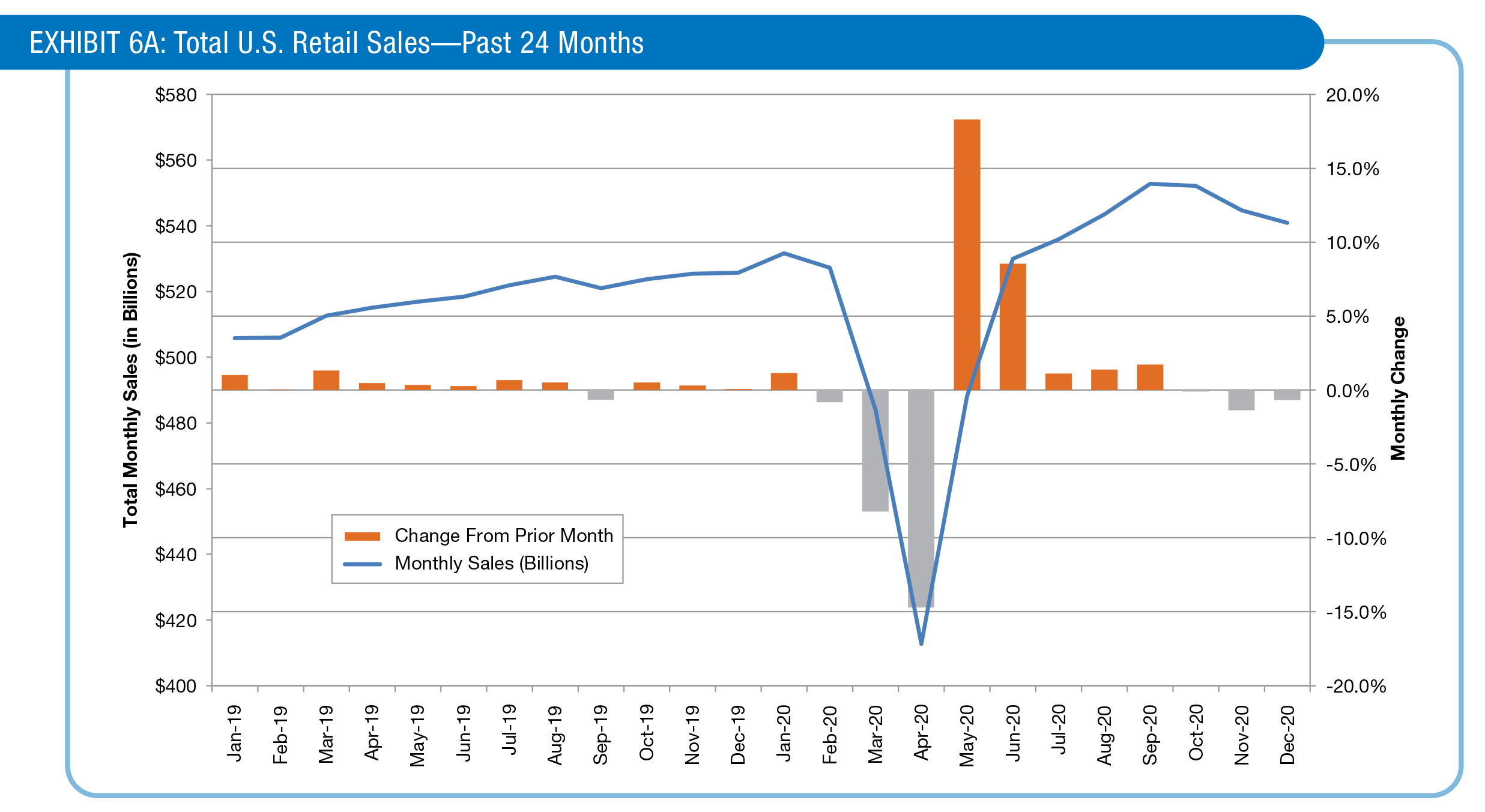 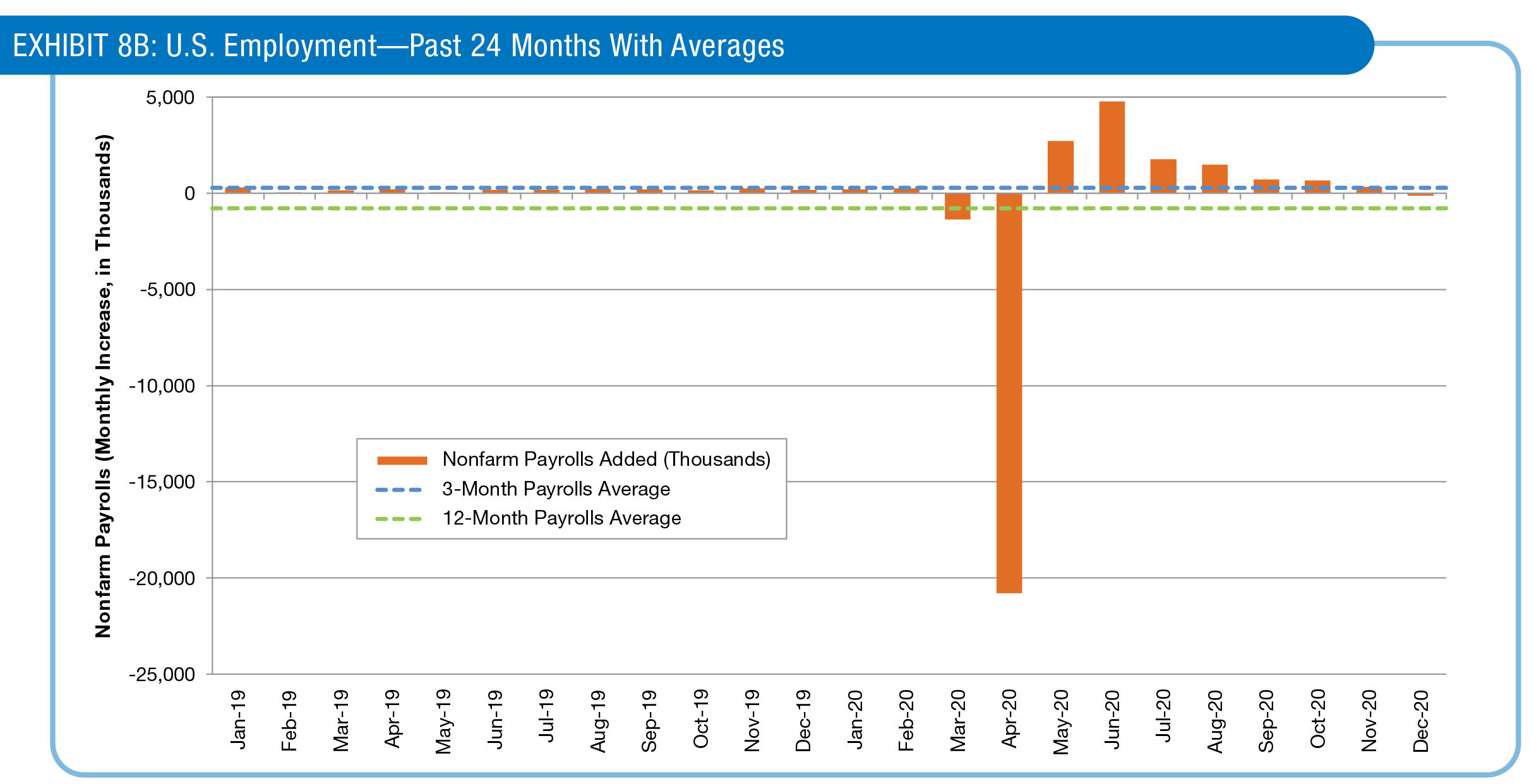 Total nonfarm payroll employment worsened in December, after subtracting 140,000 jobs from the economy. The decline in December was unexpected, as CNBC forecasted a gain of 50,000 jobs. The December jobs report did, however, include revisions to the prior two months that showed an increase of 135,000 jobs, as the October figures increased by 44,000 jobs and the November figures improved an additional 91,000 jobs.

In December, 15.8 million persons reported that they had been unable to work because their employer closed or lost business due to the pandemic—that is, they did not work at all or worked fewer hours at some point in the last four weeks due to the pandemic. This measure is 1 million higher than it was in November. Among those who reported in December that they were unable to work because of pandemic-related closures or lost business, 12.8% received at least some pay from their employer for the hours not worked, which is little changed from November.

About 4.6 million persons not in the labor force in December were prevented from looking for work due to the pandemic. This measure is up from 3.9 million in November. In December, the U3 unemployment rate remained unchanged, at 6.7%. Since May, the unemployment rate had steadily improved over the past six months after hitting 14.7% in April. Employment in professional and business services rose in December, adding 161,000 jobs and 858,000 jobs since February. Retail trade jobs increased by 121,000 jobs. Employment in this sector, however, remains 411,000 lower since February. Notable job gains also occurred in construction (+51,000), transportation and warehousing (+47,000), and healthcare employment (+39,000).

Download a sample monthly report to see all the data

Download the February 2021 issue of the EOU to see more stats on interest rates, exports and imports, consumer prices and inflation rates, energy prices, and more. Plus, learn about an annual subscription to the EOU, an ideal resource for the current economic conditions section of your valuation report.