Every quarter, subscribers to the FactSet Mergerstat/BVR Control Premium Study receive a Control Premium Study publication that includes a thorough analysis of controlling-interest transactions whereby the transaction results in the acquirer obtaining a 50.01% ownership interest or more in the target company. A controlling interest is considered to have greater value than a minority interest because of the purchaser’s ability to effect changes in the overall business structure and to influence business policies. Control premiums can vary greatly. Factors affecting the magnitude of a given control premium include:

A control premium is defined as the additional consideration that an investor would pay over a marketable minority equity value (i.e., current, publicly traded stock prices) in order to own a controlling interest in the common stock of a company. In this study, the premium paid is expressed as a percentage of the unaffected marketable minority price per share, referred to as the “Mergerstat unaffected price.” The unaffected price is the target company’s stock price unaffected by the announcement of the acquisition (i.e., the closing price prior to the public announcement of the transaction). The unaffected price represents the price just prior to the point of change in the representative normal pricing of a given security.

In this blog post, we’re giving you a sneak peek into this subscriber-only publication with highlights from different sections of the report.

The graph below highlights the period from 2010 through the second quarter of 2020 and best captures the three major economic cycles over this period: the start of recovery from the global financial crisis, the 132-month period spanning the longest bull market, and the collapse of the U.S. economy as a result of the spread of the coronavirus pandemic.

Our analysis shows that, during the first economic cycle, the period from 2010 to 2012, or the early years of the economic recovery, the median premiums were at the highest point, ranging from 32.7% to 37.6%, an indication that stock prices were relatively modest in the early years of the bull market. However, as the bull market lengthened and the S&P 500 continued to reach new highs, the range in the median premium paid decreased from 29.4% to 26.2%, serving as an indication that buyers were cautious that higher target stock prices didn’t reflect the actual value of the assets acquired along with concerns that the bull market may have been nearing the end of its course and stock prices would fall. 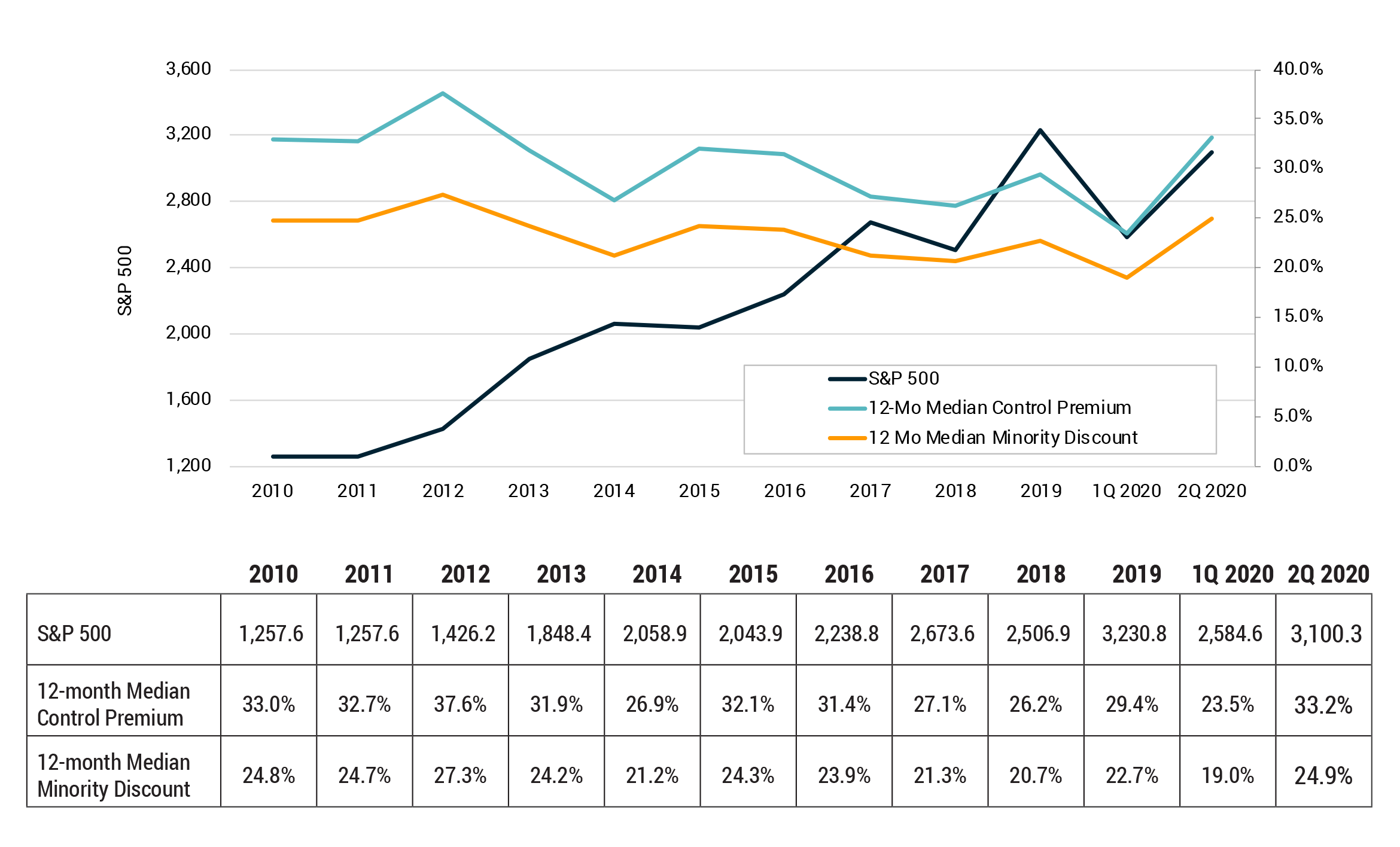 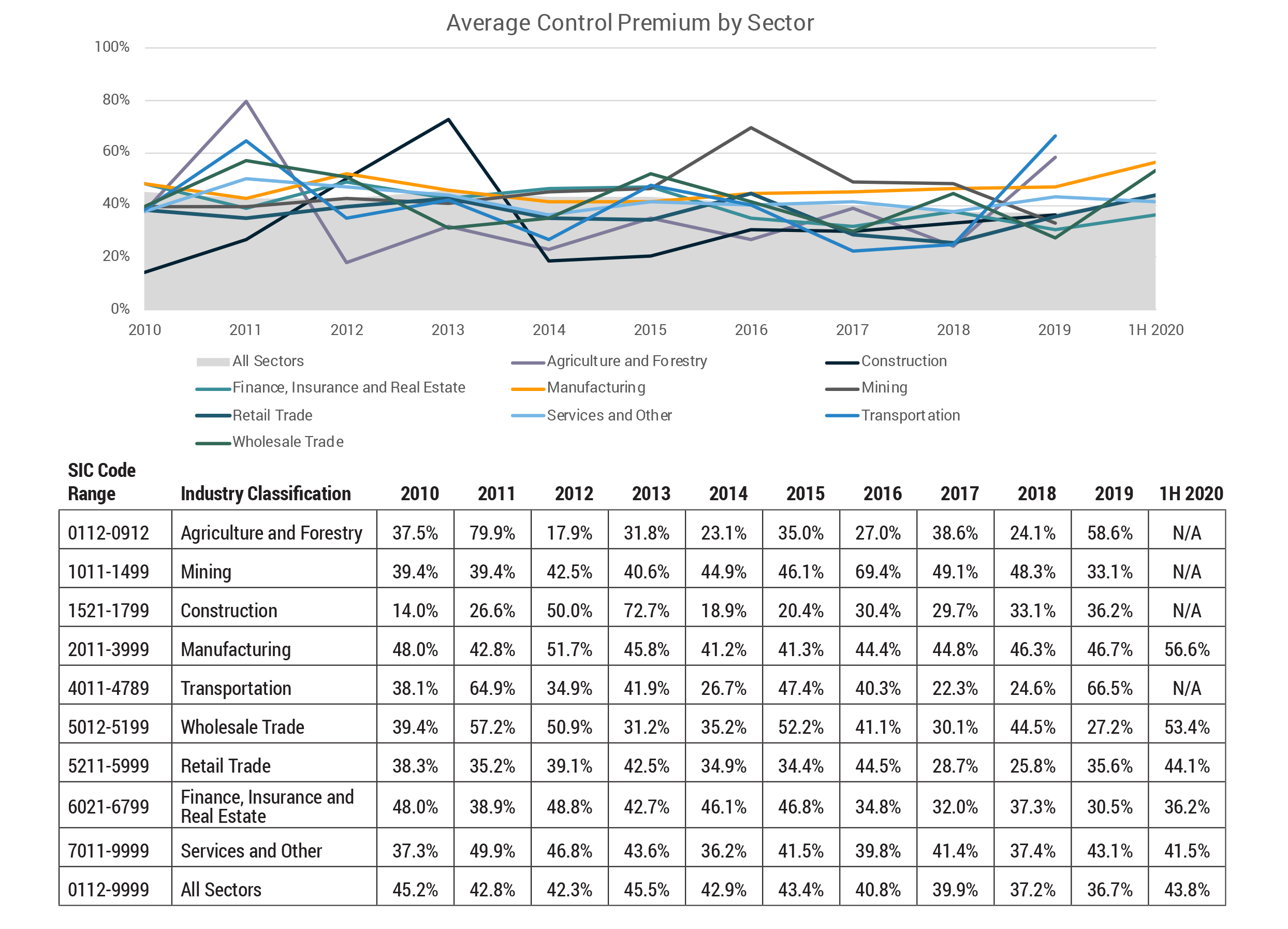 A common topic in business valuation is the “small stock” premium, which refers to the idea that stocks with low market capitalizations can be expected to earn higher returns than stocks with higher market capitalizations and in turn these higher-growth firms tend to be acquired more frequently and at higher premiums There are, however, risks associated with small companies, which include a smaller capital base, which reduces their ability to deal with economic adversity; a higher volatility of earnings; lower levels of profitability; and a premium positively correlated with economic cycles, whereas the risk of small stocks tends to show up in bad times.

The data in the graphs below, which highlight M&A transactions by deal size, clearly highlight the decline in the median premium in the small market category of $100,000 to $5 million, with the risks, as described earlier, directly related the decline. 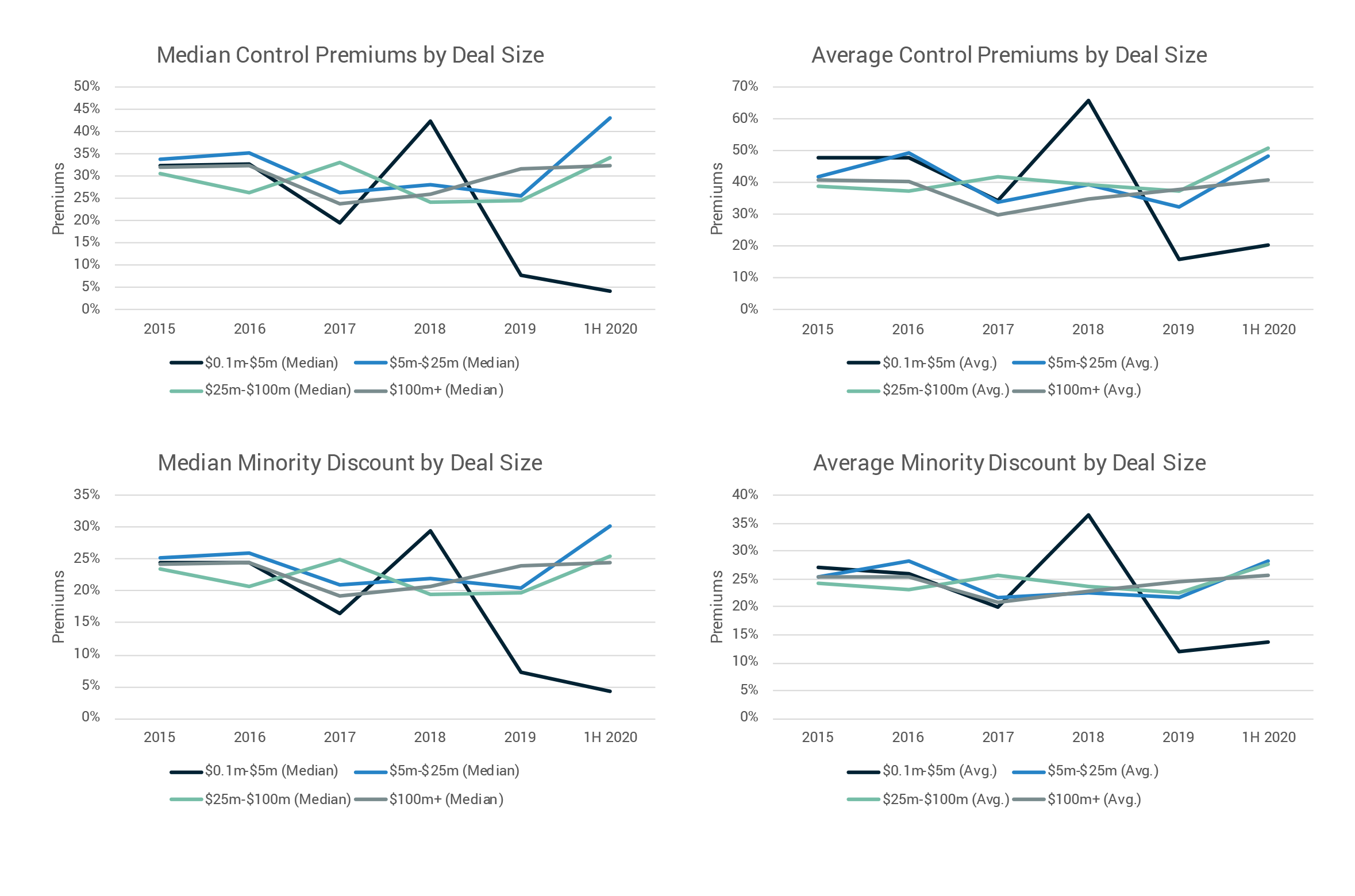 Learn more about FactSet Mergerstat/BVR Control Premium Study and download sample reports, watch webinars on the platform, view our FAQs, and set up a demo to see the platform in action.