Business valuators must have a firm grasp on the current state of the economy in order to successfully complete a business valuation engagement. Many finance and valuation professionals rely on economic components and indicators as a key point of reference in their work. These components can have a significant impact when valuing businesses, evaluating mergers and acquisitions, and performing a variety of other financial analyses. 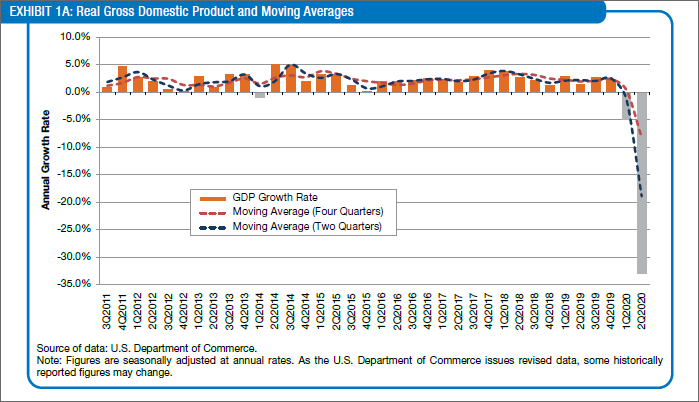 The Bureau of Economic Analysis (BEA) reported that the nation’s economy—as indicated by GDP—suffered through its worst quarter in history, decreasing at an annual rate of 32.9% in the second quarter of 2020. The second-quarter decline signaled the continuation of the downward spiral to the U.S. economy caused by the coronavirus pandemic, which initially slowed the U.S. economy by 5.0% in the first quarter.

The 32.9% decline in the second quarter was due to sharp contractions in personal consumption, exports, inventories, and investment. Spending by state and local governments converged to bring down GDP, which is the combined tally of all goods and services produced during the period. Personal consumption, which historically has accounted for about two-thirds of all activity in the U.S., subtracted 25% from the Q2 total, with services accounting for nearly all that drop. Imports, which are a subtraction from GDP, decreased. 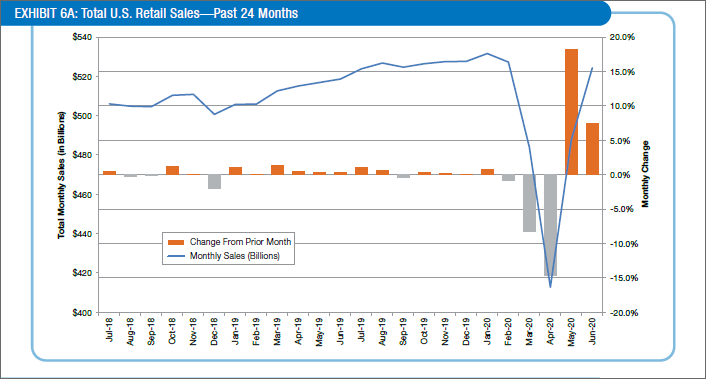 Retail sales figures over the past 12 months increased 1.1% after annual declines were seen in the past two months. Six of the 13 retail sales categories saw an increase in sales. Sales at nonstore retailers grew 23.5%, sporting goods, hobby, musical instruments, and bookstores increased 20.6%, building materials and garden equipment and supplies dealers increased 17.3%, and food and beverage stores increased 12.4%. 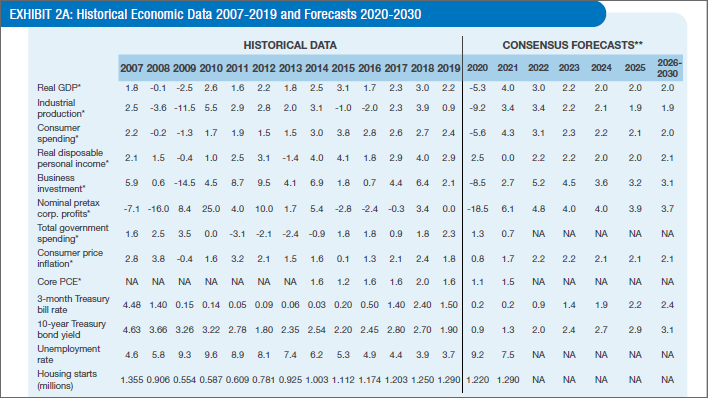 Federal government spending increased 17.4% in the second quarter, compared to 1.6% in the prior quarter. The increase was attributed to federal stimulus money as part of the coronavirus relief plan. Federal government spending has been positive for 11 consecutive quarters, increased at a rate of 4.0% in 2019, and added 1.23 percentage points to the second-quarter GDP rate.

Download the complete 2Q 2020 issue of the EOU to see more stats on interest rates, exports and imports, consumer prices and inflation rates, energy prices, and more. Plus, learn about an annual subscription to the EOU, an ideal resource for the current economic conditions section of your valuation report.