The two newest members of the FVS Hall of Fame, just announced in Las Vegas, are Carol Carden and Mark Zyla. Both are heavily involved in AICPA leadership but were cited particularly because of their extensive contributions to professional education—through the BV schools held by FVS and other training opportunities … extra congratulations as you join this illustrious group, Mark and Carol, from your friends at BVR!

The mood here is celebratory, including the new "history of the ABV" video, starring such media stars as Mike Crain, Tom Hilton, Ed Dupke, Butch Williams, and more. 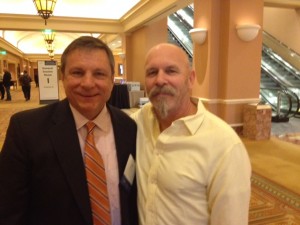